A very different Passover in Bahrain 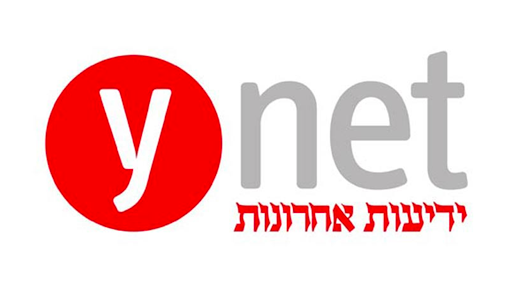 Opinion: The most profound way this holiday will be a new experience will come when we say ‘Next year in Jerusalem’ at Seder, for thanks to the Abraham Accords that dream is now a reality that many of us Jews of the Gulf can make come true

On Saturday night, Jewish families around the world will gather for the Passover Seder where we recount the story of the Jewish exodus. Perhaps one of the most famous portions of the Seder is the “Ma Nishtana” where we ask the four questions.

The Seder table on the first night of Passover

The number four comes up very often in the Seder – we have the four questions, four cups, four sons, four expressions of redemption and, for those of us in Bahrain, this year we have four answers to the question as to why this Passover is different from all others.

As Jewish life continues to grow in the Gulf, the local Jewish communities of Bahrain, Kuwait, Oman, Qatar, Saudi Arabia and the United Arab Emirates decided to come together to share resources.

Our people-to-people network from the Gulf Cooperation Council (GCC) is playing an unprecedented role in developing Jewish life in the region. While each of our communities remains independent, we share a common goal and vision for Jewish life in the GCC to flourish for the benefit of both residents and visitors.

The AGJC has planned a variety of programming to support and enrich the holiday of Passover for the local Jews. We have arranged for nearly 650 pounds of matzah to be shipped to the six GCC countries along with kosher-for-Passover food.

The volume of matzah we are bringing in speaks to the growth of Jewish life regionally.

On Wednesday, March 24, we hosted a Zoom program led by Rabbi Dr. Elie Abadie on the topic of “Seder Essentials,” with a 30-minute Seder focusing on the themes of the holiday and a Q&A session.

On Wednesday evening, March 31, AGJC leadership has been invited to Al Dhafra Air Base in Abu Dhabi where Rabbi Yehuda Sarna, Rabbi Dr. Elie Abadie and members of the board, along with military chaplains and the Jewish Welfare Board, will host a Passover celebration with holiday food and conversation for U.S. troops stationed at the base. The program will be webcast for other U.S. bases in the region.

The House of the Ten Commandments Synagogue in Manama

It is the oldest synagogue in the Gulf and, following its recent renovation, we look forward to welcoming not just our immediate Jewish community, but tourists and local students of all faiths as well.

We cannot wait to provide tours for them as they learn more about Judaism.

Last week, I shared a photo via Twitter of the matzah we baked here in Bahrain for the upcoming holiday and the response was much more than I ever expected.

To date, the tweet has reached more than 165,000 people who have engaged and shared the photo with others around the world. The media, both in the Middle East and in the United States, have shared the photo and the feedback has been wonderful for our community

Because of the signing of the Abraham Accords, that dream is now a reality and many of us will spend time next year in Jerusalem.

We hope to welcome you all to our Seder tables next year.

Houda Nonoo was Bahrain’s ambassador to the U.S. from 2008-2013 and currently serves on the board of the Association of Gulf Jewish Communities and the House of the Ten Commandments (the Jewish Community of Bahrain). Follow her on Twitter @hnonoo75