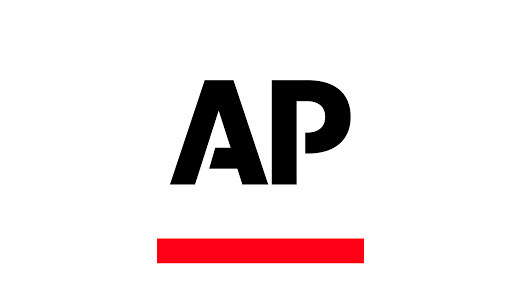 JERUSALEM (AP) — Half a year after the United Arab Emirates and Bahrain established diplomatic relations with Israel, discreet Jewish communities in the Gulf Arab states that once lived in the shadow of the Arab-Israeli conflict are adopting a more public profile.

Kosher food is now available. Jewish holidays are celebrated openly. There is even a fledgling religious court to sort out issues such as marriages and divorces.

Nonoo is among the founders of the Association of Gulf Jewish Communities, a new umbrella group for the tiny Jewish populations in the six Arab monarchies of the Gulf Cooperation Council. Their goal is to win greater acceptance of Jewish life in the region.

“It’s just going to take a bit of time to seep through before we see a Jewish restaurant or a kosher restaurant spring up from somewhere,” said Nonoo, a former member of Bahrain’s parliament.

Even a modest online gathering like the Purim celebration would have been unthinkable a few years ago, when relations with Israel were taboo and Jews kept their identities out of public view for fear of offending their Muslim hosts.

That changed with last year’s accords between Israel and the UAE and Bahrain that brought thousands of Israeli tourists and business people to the region and led to a fledgling industry of Jewish weddings and other celebrations aimed at Israeli visitors. Emirati and Bahraini authorities have launched a public relations blitz to cultivate their image as Muslim havens of inclusion and tolerance for Jews, in stark contrast to regional rivals Saudi Arabia and Iran.

“A door has been opened,” said Elie Abadie, the new senior rabbi of the Jewish Council of the Emirates. “I think there is more openness and more welcome and enthusiasm for the presence of a Jewish community or Jewish individuals or Jewish tradition and culture.”

The Lebanon-born Abadie, a member of the Association of Gulf Jewish Communities, said he is certain the shift is taking place across the Gulf, not only in the UAE.

The association aims to provide support and services for the small Jewish populations in Kuwait, Oman, Bahrain, Saudi Arabia, Qatar and the UAE. These might include kosher certifications for hotels, restaurants and food products, a rabbinic court and pastoral guidance for religious events like bar mitzvahs, circumcisions and burials.

Their tiny Jewish populations are almost all comprised of foreign nationals who have come to the region for business. Only Bahrain has a rooted Jewish community. Its 80 or so members are descendants of Iraqi Jews who arrived in the late 19th century, seeking opportunity in trade.

The Jewish community in the UAE is the largest, with an estimated 1,000 members. It is also one of the newest, and Abadie said he has to “start things from scratch.”

Only about 200 are active members of the community. The rest, like most Jews in Gulf Arab states, keep a low profile. Given the growing enthusiasm about Jewish life in the UAE, Abadie said he expects that “more of them will kind of come out to the light.”

Jewish communities had flourished for centuries across the Islamic world. For long periods, they enjoyed a protected status, and occasionally, as in medieval Muslim Andalusia, thrived in a golden age of coexistence. Most of those communities vanished following Israel’s establishment in 1948, when hundreds of thousands of Jews were driven out or fled.

Given the large numbers of Palestinians, Lebanese, Egyptians and Pakistanis who live in the Gulf Arab countries, some Jews have been uncomfortable in recent years in sharing their religious identity in public. Residency permits in the UAE, for instance, require applicants to state their religion, and “Jewish” is not an option.

Most Arab states have conditioned a normalization of diplomatic ties with Israel on ending the decades-long Israeli-Palestinian conflict, including the Israeli occupation of lands the Palestinians seek for an independent state.

But recently, those attitudes have eroded among some Arab leaders, even as hostility toward Israel — in part because of its policies toward Palestinians — has persisted among their populations.

Saudi Arabia is home to sites that predate the advent of Islam in the 7th century, and Bahrain, Kuwait and Oman have old Jewish cemeteries. The UAE emirate of Ras al-Khaimah is home to a solitary Jewish headstone, possibly from a traveling merchant — like most of the Jews arriving in Dubai today.

“Jews have been in the Gulf for a very long time, and now it’s kind of a return to this historical pattern of people coming in for trade,” Guberman said, adding it was “very exciting to see some of this return of the pluralist past of the Middle East.”

Jean Candiotte, a TV director from New York who has been in Dubai for seven years, said the new atmosphere is liberating.

“We used to be this small, little family of Jewish people. We would find each other in hidden ways and everyone thought they were the only one,” she said. “We were sensitive to the fact that we were in a Muslim country and didn’t know if everyone was ready for us.”

“Now it feels quite the opposite,” she said. “I truly feel like I can be myself here, more openly attending ceremonies and Jewish celebrations. Jewish life here is becoming more like Jewish life anywhere else.”

Still, this new reality remains fragile. Some countries have been slower to change. Saudi Arabia and Qatar have long been criticized for promoting anti-Semitic attitudes in textbooks.

Security remains a concern, as illustrated by the recent attack on an Israel-owned ship in the Persian Gulf. Israel has blamed archenemy Iran, and officials fear other Jewish and Israeli targets could be vulnerable. Many Jews in the region keep their religious identities a secret.

A Jewish businessman who has lived and worked in Oman for the past several decades said he is one of perhaps 20 Jews living in the sultanate.

He said the country has a more tolerant approach to religious diversity than its neighbors, but still insisted on anonymity because he was concerned about repercussions from local officials.

During the coronavirus pandemic, he said that Zoom Sabbath services organized by the Jewish Community of the Emirates on Friday evenings have been a lifeline for him. He said he hopes the new Gulf communal organization “will generate a feeling of a bit of security to come out of the closet, so to speak.”