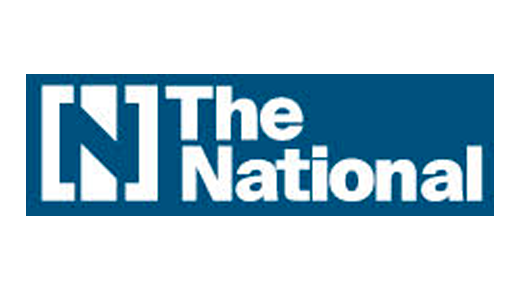 The Association of Gulf Jewish Communities aims to create a religious court, and coherent kosher certification

Representatives from the Jewish community in the UAE have created a formal alliance to help their community prosper across the region.

The Association of Gulf Jewish Communities brings together Jews living in the UAE, Bahrain, Kuwait, Oman, Qatar and Saudi Arabia.

It will be headquartered in the UAE, where it hopes to establish the first Beth Din, or Jewish court of law, to adjudicate on personal disputes.

One of the association’s senior figures, Rabbi Dr Elie Abadie, said there was historical precedence for Jewish rule of law in Arab countries.

“Since the Treaty of Umar 1,400 years ago, Islamic countries have recognised the autonomy of religious communities, and therefore given those faith-based communities autonomy in their internal affairs.”

If permitted by the UAE, the Jewish court could issue certificates of marriage and divorce.

“Also, individual members could be adjudicated if they have any business issue or family dispute,” explained Rabbi Abadie.

“However criminal issues will continue to be dealt with by the courts of the land in the [Gulf] countries.”

Members of the community welcomed the move to formalise Jewish collaboration.

Alex Peterfreund is the board member of the new association in the UAE, where he has lived since 2014.

“We feel grateful that we have been able to build a nice little Jewish community here in the UAE, and we would like to assist Jewish people that are living in the Gulf, in order for them to have the same services that we have.

“It seems a shame that somebody in Bahrain who wants to get married should have a rabbi flying over from London or from Canada, if we have someone in the same region.”

The board of the association will include one representative from each of the six Gulf states.

High on their agenda is the creation of an Arabian Kosher Certification Agency to ensure the same set of standards is met when food products are categorised as suitable for Jewish consumption.

“Kosher food is of paramount importance for Jewish people, it’s biblical in origin. It’s not just tradition, but Jewish law that we should eat kosher food,” said Rabbi Abadie.

“Now, the beauty of it is that Islam also has similar food restrictions, which is the halal food. Kosher and halal differ in a very minor way.”

Jewish people are not allowed to mix meat and milk together, and they only eat fish that has fins and scales, so crustacea like prawns or lobster are not allowed.

Like halal, kosher food requires the animal to be slaughtered in a painless, quick way so the beast does not suffer.

However, kosher food requires the salting of the meat after the animal was slaughtered, and the removal of all the blood.

The UAE normalised its relations with Israel on August 13, 2020, when both countries signed the Abraham Accords, along with the United States.

Since then Israeli and Emirati politicians and business leaders have met and made multiple deals. Agtech, defence, technology and energy have been particularly popular sectors.

In September, Israel’s Intelligence Minister Eli Cohen asserted, “Within 3 to 5 years trade between Israel and the United Arab Emirates will reach $4 billion.”

Many Israelis also travelled to Dubai for holidays in November and December, in particular during the week of Hanukkah, the Jewish festival of lights.

Rabbi Abadie said he saw this tourism trend accelerating, in particular once the pandemic is over.

“We need to build up the infrastructure to serve the local Jewish community, and also all the Jewish tourists who will be coming [to the GCC] from all over the world,” he said.

His optimism for the continuance and expansion of the Accords is boundless.

“This region will embody the idea of living in tolerance and the peaceful co-existence of all the people, and all the nations, in all communities of faith.

“Having that in mind, the Jewish community will increase in number in this entire region.

“So as leaders in the community, we have to look to the future and to make sure that all the infrastructure will be in place, once that growth starts.”

Mr Peterfreund said he has always felt safe and welcome in the UAE.

“We are getting to a point where as a Jew you feel more comfortable in the UAE than in Paris and in Brussels,” he said.

“It’s in the DNA of the Emiratis to be tolerant, to live next to different cultures, different religions.

“Everybody’s living next to each other, and it’s something beautiful.”